I am currently living in Stockholm, Sweden and I used to live in Lund, in the south of Sweden. And as mentioned in my earlier post, I failed miserably in learning Swedish. However, I did try hard to blend into the local culture and customs with slightly more success. However, even after all this time in Sweden there are a few things which still amaze me on a day to day basis and I thought it would be fun to share these peculiarities of my fellow Swedes.

Swedes are known to be hyper efficient; when they are at work they work, no talk (except the Friday fika of course). You would expect a similar efficiency in daily life, but for some reason this is not the case. I have come to realize that the national sport in Sweden is queuing: no matter where you go you are almost guaranteed to stand in line: post office, groceries, atm, you name it and there is queue. 9 out of 10 times this queue requires a number from a machine which is positioned in some shady corner of the store (note, without the number no service…). The biggest no no you can do in Sweden is to try to skip the queue: people wait patiently in line here until it is their turn. I have been told there is even a good Swedish tradition to ask where the queue is, so everybody can join in their rightful place. It is not in the Swedish nature to say anything to you if you happen to break this sacred rule, but you can be sure to get the evil eye (more about this later). So the worst queue in Sweden?  After careful analysis I have to conclude that the Systembolaget has the worst queues: try to avoid these at all times just before 3 on a Saturday or even worse, just before a holiday.

So, you might wonder what the Systembolget is: for some unknown reason to me, the Swedish government has decided to have a monopoly on any decent drinks with more than 2% alcohol. Being normally able to buy my wine in a normal supermarket it took me quite a while to remember to hit the store before 6 during the week and before 3 on a Saturday. This is especially inconvenient because it means that I have to buy my alcohol before 3 (as said, most other Swedes are here at exactly the same time) and walk the rest of my Saturday afternoon with my heavy bag of drinks. This is mainly due to the fact that Swedes love BYOD parties (for the people that never lived in Sweden it means Bring Your Own Drinks) due to the hefty taxes on alcohol. So, a random Saturday afternoon in Sweden will look like the following: relaxing around the house, remembering that the Systembolaget closes at 3, make a run for it, stand in queue for about 20 min, and walk the rest of the afternoon around with an x amount of alcohol in your bag. Another remark that needs to be made is that unless you look positively older than 35 you need to have an id with you. And as I learned many times as a foreigner they usually don´t accept your driver’s license, so make sure you pack your passport as well…

So, back to the evil eyes. Swedes are extremely polite, which means that nobody will tell you if you do something not Swedish, or weird people will pretend they don´t see it, but in the meantime will give you a look which holds something between being upset, pity and arrogance. So, if you want to see what you´re doing is commonly accepted just look around. A good example for this was at my work last week: as hyper productive Swedes we work on our desks, not talk. So when you have to make a phone call people will walk over to the small meeting rooms. We had a foreign visitor over that started a loud discussion on the phone on his desk, and for me, being aware that that is not how things are done, I leaned back to watch the show. Our non-Swedish colleague was completely oblivious to the fact that he was upsetting colleagues. The evil eyes from all sides were overwhelming in, sighs were made, obvious ear phones were gathered and still our non-Swede managed to engage in a 45 min phone discussion being completely unaware of the scene unfolding around him.

Being a foreign person in a new city (or country) it is always difficult to integrate quickly. But I have to say, Sweden is so far the most difficult country to make new friends. During my time here I observed a phenomenon what we dubbed “circles”. Swedes have several little circles (colleagues, primary school, high school etc.) and each evening consists of an activity within this circle of groups. As you guessed it, being part of the primary circle group of friends ain´t happing. It even goes as far as people literally standing in circles when they are queuing or dancing. One of the best stories in this department is a friend that had his eye on a cute Swedish girl, and after a mighty effort at the end of the circle, the girl announced the infamous words: “If you want to, you can come dance in our circle” by which that time we were basically on the floor laughing. 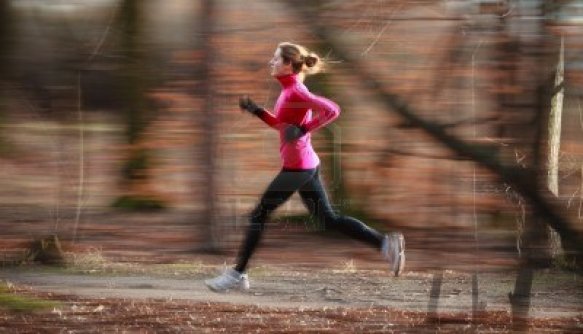 My final observation, especially just coming from the UK (no offence) is the degree of sportiness and attention to health of this country. If you check at any random morning the amount of people running is shocking. But running is not the only thing people do: cross-country skiing tours of 80 km are considered fun, gym membership (and actually going 4 times a week) are the standard. But the Swedes take a holistic approach: next to the exorbitant amount of sporty activities, there is a constant attention to eating healthy. In the office where I work there is not a real canteen; instead everybody brings their own little Tupperware basket with food, and we have a full wall of microwaves to beep up your own meal. Looking around at lunch therefore means a diverse overview of healthy home-made meals. This all leads to a nation with healthy, skinny, sporty and good-looking people that hang out together with their fellow healthy, skinny etc. people enjoying their own bottle of alcohol while standing in line to enter a club.