I have been living now in total well over a year in Sweden, and to my shame I have to admit I still speak bara lite Svenska… which basically means I don’t speak Swedish at all… The real problem behind here is that Sweden is probably one of the easiest countries to move to without learning the language. Literally everybody speaks English here, after two weeks I stopped asking if people spoke English (me trying to be polite) and just started talking English with the working assumption that everybody around you does anyway.

And unfortunately this still works to date. I say unfortunately since I was determined to learn Swedish the second time around. I moved to Sweden at the end of the summer 2011 for my masters degree in Lund, one of the main student cities in Sweden. I wanted to sign up for a course in Swedish, but was immediately told by the university that only exchange students can make use of the uni’s courses. But with fresh courage as I was I went straight to the local bookstore and bought myself two books to learn Swedish. I went straight home and managed to do exactly one chapter, and to date that has been the only chapter to date which has been filled in in my book…. 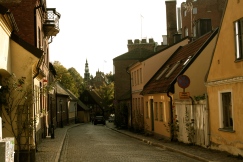 I have to admit, I have the tendency to start super active with something, in order to realize after a week or two that it wasn’t really my thing after all. But honestly, there is really no motivation to learn Swedish. Next to the widespread knowledge of English, another point contributes to this issue: it is relatively difficult to get close to Swedish people. Swedes are extreme polite, and they will always help you when you ask for it in English, but really becoming close with a group of Swedish people is something I haven’t mastered so far. Of course it is easiest to say that it’s me, however, in discussions with international people similar experiences emerge: friendly yes, becoming close friends now. This leads of course to sticking together of other internationals, with the final result that we all speak english again! 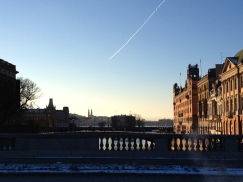 So when I headed again to Sweden for my job I decided to learn Swedish, but this time for real! I looked up all language courses offered (seriously a lot!) and made the announcement to all my Swedish colleagues that I would start learning Swedish soon. I figured that by learning Swedish the whole integration would probably come much easier. And yet again, to my shame I have to admit that to date my Swedish has not progressed much further than my bara lite in my introduction… Starting in a new city in the working life it turned out I was less than interested to follow classes in the evening.

So here I am again, two months into living in Stockholm (honestly the best city I can recommend if you want to live in a non-English speaking country with only speaking English) and I again manage to get by very well with my utter lack of Swedish. The country is so equipped for foreign people that you sometimes forget to make an effort yourself.

And that is the only real lesson I did learn in Sweden, if you want to live abroad in another country it is actually wise to make an effort to learn the language. Without speaking at least some of the language of the country, you will never get past the stage of being a visitor. And I got quite comfortable with that position, I could get what I wanted to do without any problem. I finally had a breakthrough this weekend, when I was invited to dinner with a Swedish family. Once at the dinner table the young girl wanted to strike up a conversation with me, and no matter how much I wanted to I was unable to answer her curious questions.

Therefore my good resolution for the next country I will live in, learn the language! 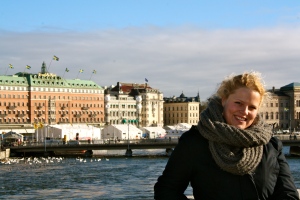